I decided it is time to start making socks, since there are so many people addicted to this part of knitting. What is it all about? And since I am a dyer of sock yarns, I thought I had better jump in. I went with the very basic of sock patterns, since I wanted the colours to be the highlight.


I asked a friend (Sheila Grant) who has a knitting machine, if she would take a skein of undyed yarn and just knit it into one long strip for me (aka sock blank). Normally, I believe sock blanks are prepared with 2 strands of yarn together, so that when you dye the blank, you pull the 2 strands apart and have 2 identical balls of yarn for your socks. Her machine would not take the 2 strands easily, so we went with one.


I soaked the "blank" overnight in water with a touch of dish soap, then squeezed it out and laid it onto a sheet of plastic and doubled it over end to end.


My dye of choice was Kool-Aid, which it itself, was an adventure. Posts on Facebook had suggested that there was a shortage of the old fashioned Kool-Aid (packs with no sugar in them) so on a recent trip to the States, one of my missions was to locate a source of old fashioned packs of Kool-Aid. It took 3 major US chain stores, but I finally located some, although the flavours were pretty limited. Because the store was so busy with line-ups, I took my purchases to a self-check till, and no doubt that line-up was not pleased, watching me put 125 packs of Kool-Aid through. 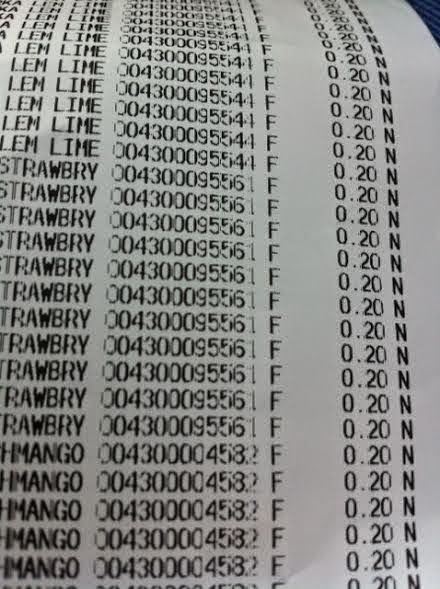 Why Kool-Aid? Just to have a bit of fun - and so easy. The colours are very bright, and there is citric acid already in the package, so it is "one stop dyeing" so to speak.


I chose strawberry, lemon-lime and peach-mango. I mixed 1 packet of Kool-Aid with 1 cup of warm water and stirred until dissolved. Working on the plastic covered table, I carefully poured the liquid onto my blank, kneading the fibre to help absorb the colour. I eyeballed my widths, and tried to make the same pattern from end to end. Once all liquid was used, I put the piece into a zip-lock bag, and steamed for 20 minutes, then rinsed, and hung to dry. 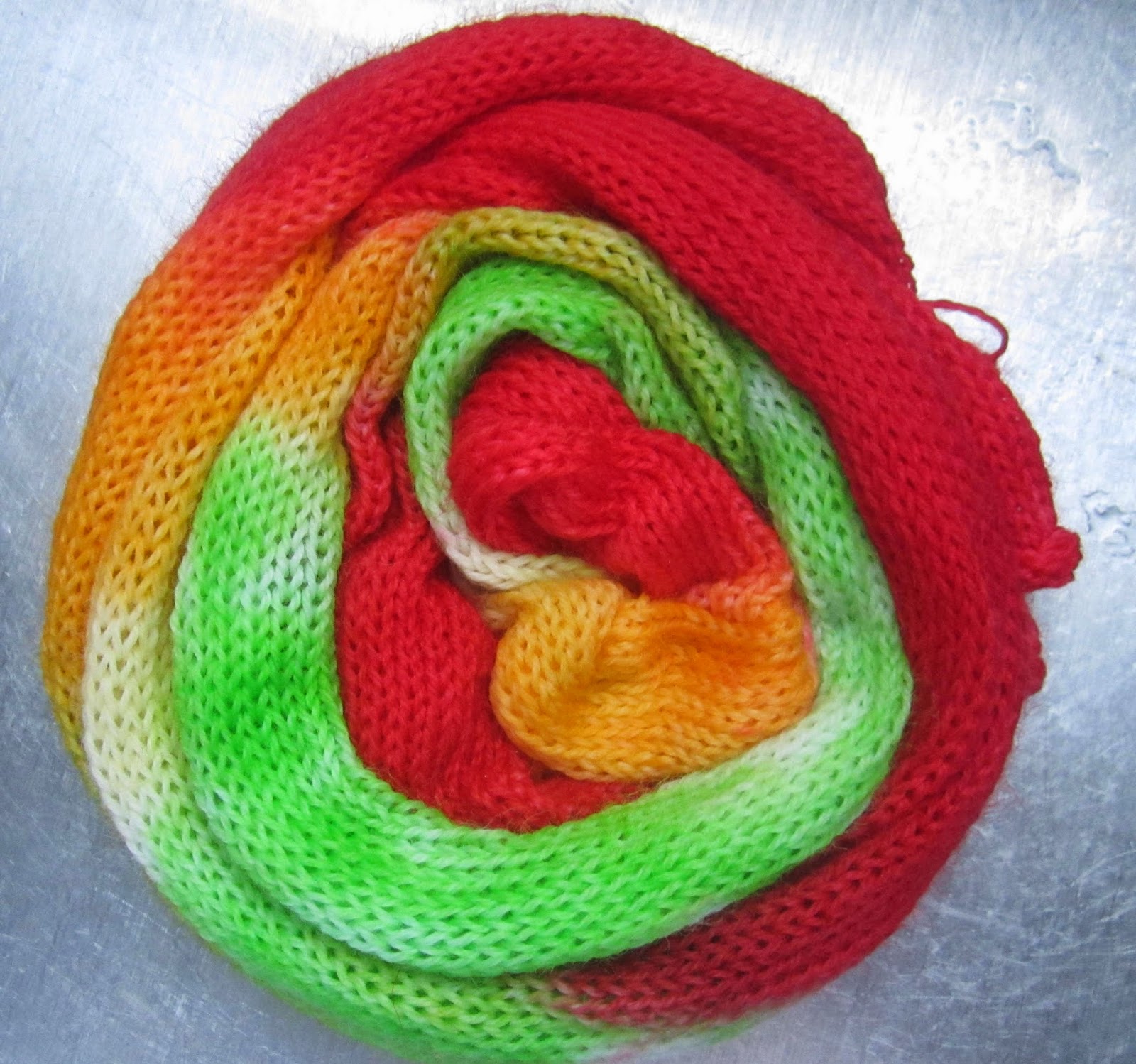 Once it was dry, I marked the centre and then unravelled onto my ball winder. Once I got to the centre, I broke the yarn, and started a new ball. Now I had 2 "cakes" of yarn, one starting at strawberry, one starting at lime. So my choice would be to make 2 identical by starting from opposite ends, or go opposite. 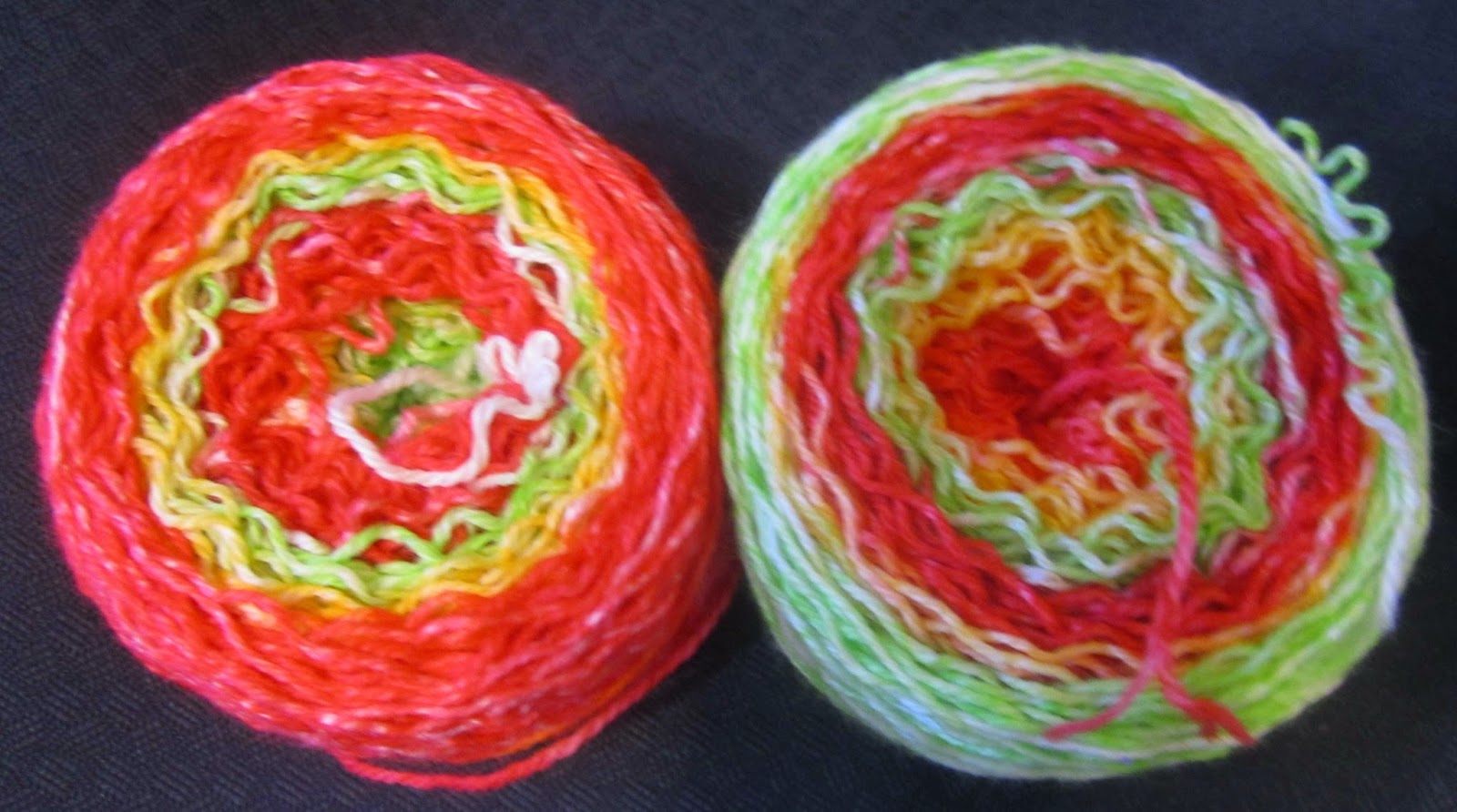 We were soon embarking on a cruise to Alaska, so my new knitting project accompanied me. Would you believe that out of 1800 passengers on board, I was the only one I saw knitting? What's with those people? (PS, I also had my Joy spinning wheel on the verandah. Can't waste a minute, you know). 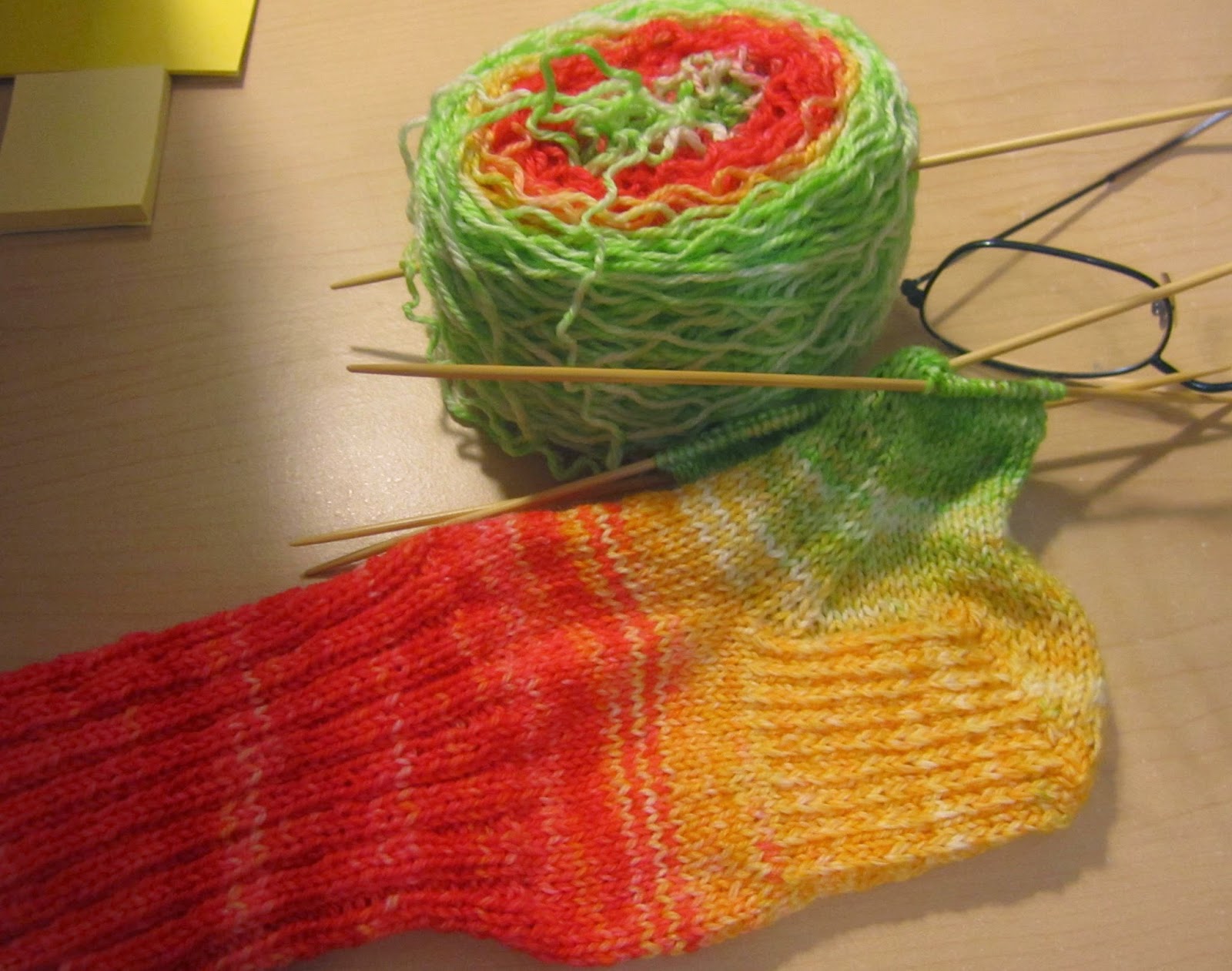 So the decision was to go opposite. And here is the finished product, already claimed by my daughter. 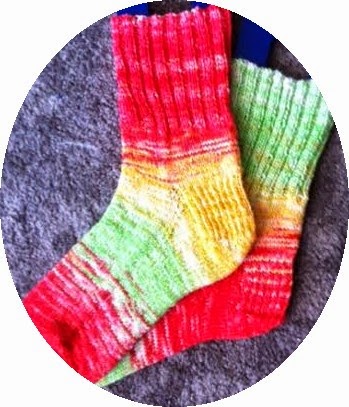 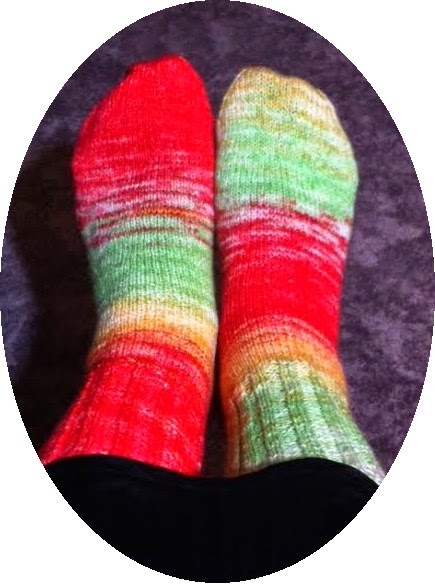 Will do this again - it was fun - next time I am going to go with narrower bands of colour.

Posted by Mary-Anne Smith at 14:29 No comments: